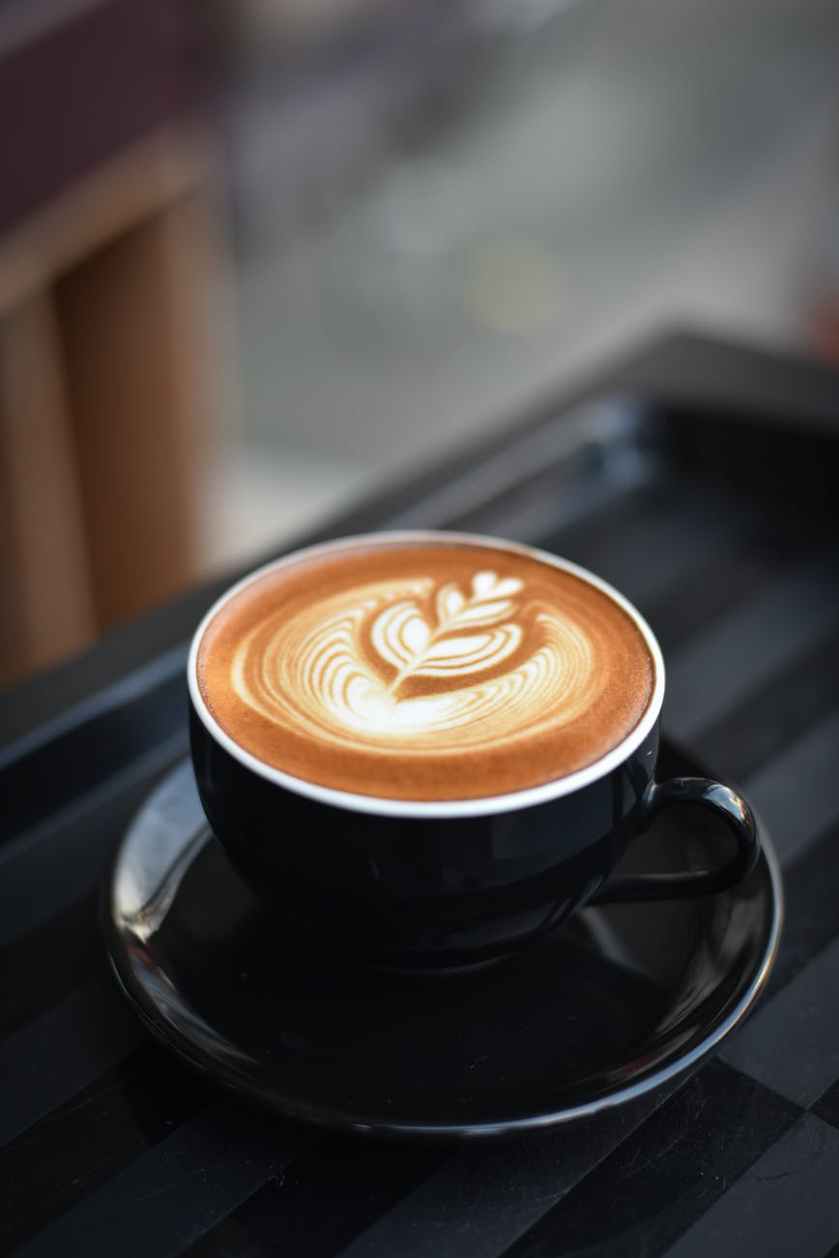 Some days I suck down my coffee like it’s the only thing keeping me alive.

You would think I started young, a precocious 5 year old drinking coffee with her father or a 12 year old hiding in the corner of a Starbucks with her friends. I’m here to tell you, no. I started drinking this glorified bean juice when I was 27, only after years of my partner at the time guzzling down 2+ pots a day.

I was tired and sluggish and thought well if it keeps him going, but in this a phenomena unfolded.

I didn’t want him to know. If drinking coffee brought me tranquility I just knew he would disparage it. In my mind he was already painting it as an idolization of him.

I hid my growing habit, carefully deciding when I could partake and when I should go without. But I also found myself watching, watching his coffee habits, his preferred brands and taking notes for myself. Eventually his presence faded away but many of these stolen habits stayed. 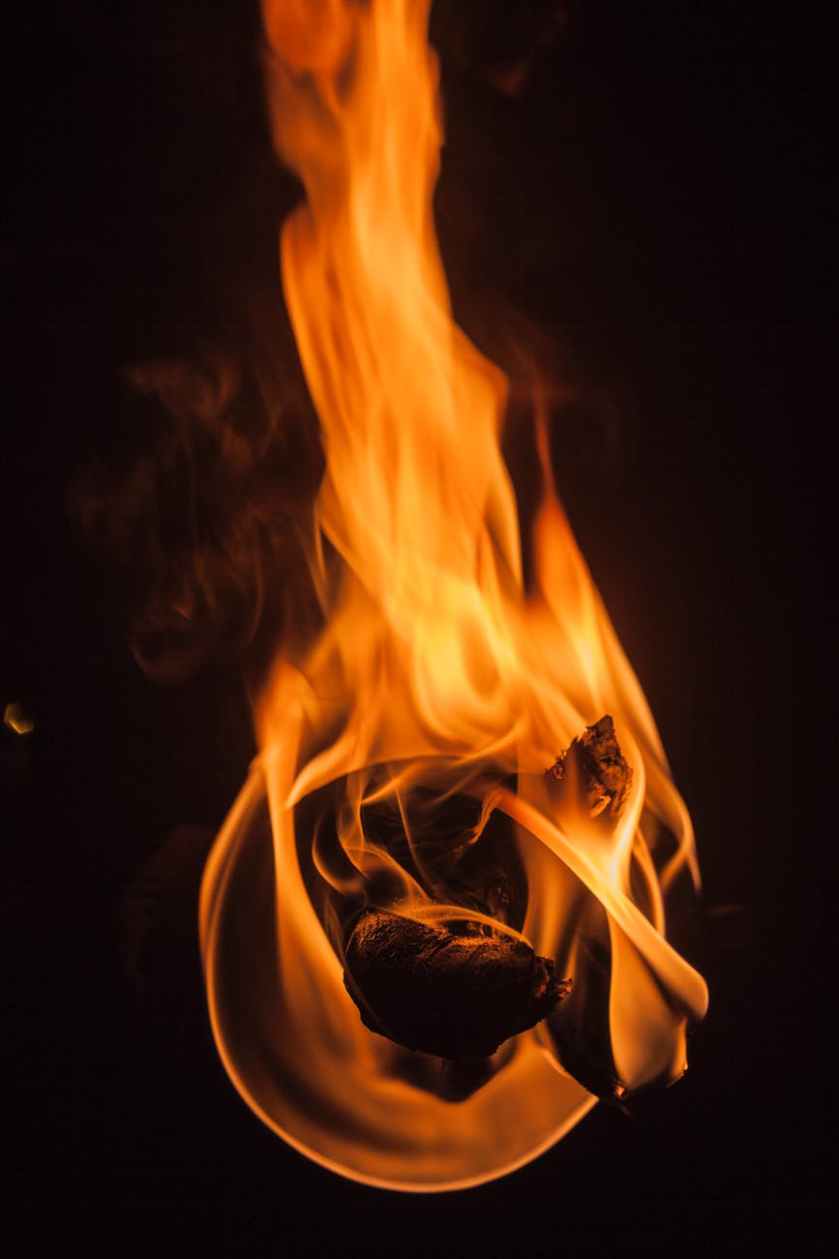 I’ve been thinking a lot about the concept of impermanence lately. The thought that change is the only constant has come up in my sessions, my conversations and life in general over and over.

I’ve been in places in life where I felt stuck, like nothing would ever change, but everything always changes right? Maybe we’re scared of it, scared to fully step into it, scared of the unknown aspects of it …

I like to think I’m excellent at going with the flow but as I look around at things that have needed to change or have tried to change but met my resistance, I realize maybe I’m not.

Maybe I’m scared of what these changes mean for me. If you find yourself feeling stuck, ask yourself, what does this change mean to me? What’s holding me back from it? 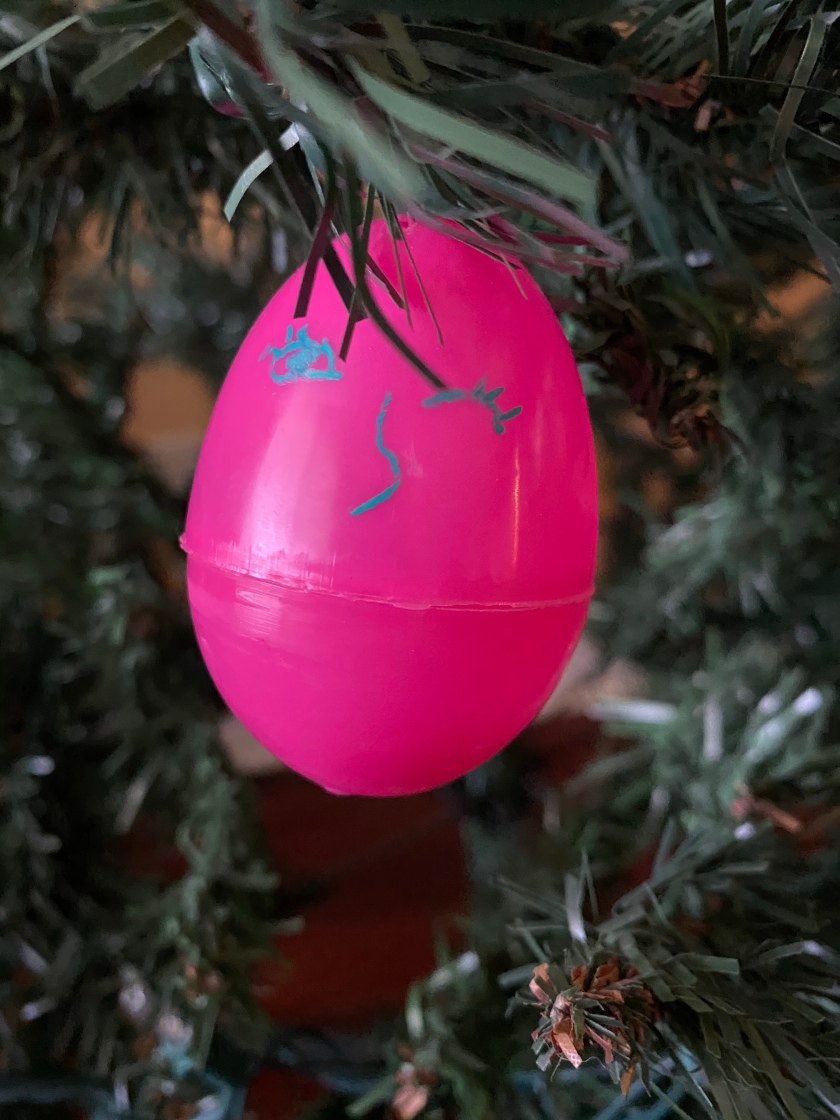 Every day since December 25th, I’ve walked past our Christmas tree and thought about taking it down. Every day I ignored it in favor of some other task/s that had to be completed. Back at the beginning of March, when there was still a hint of chill in the air I called my daughter into the room and told her we were either taking it down or we were putting Easter eggs on it.

I let that decision hang in the air for a couple of weeks before finally committing. Then I dragged the kid out into the world she has secluded herself from for the past year and bought plastic eggs and metallic sharpies.

We sat in the middle of the living room with tacos and a clue board game while watching ICarly reruns and decorating the eggs.

After a year of constant uncertainty which has ravaged much of my own, and everyone else’s, creative energy I just can’t imagine choosing the mundane option. I can’t embrace the idea that what used to be “normal” is the only acceptable thing.

If anything, this past year has given me the ability to truly see what it means to look beyond “this is the way we’ve always done it”, a glimpse of a future that is far from our old “normal” but so much more satisfying. These little moments of creativity, of thinking beyond the box, even about something seemingly minor have the power to propel us into something far bigger. We have a choice, not only in this year but in every year, to choose how far we want to wander and how much we want to explore. We get stuck in the idea that our creative solutions have to be big but truly they just have to be impactful and the size of your idea is not a measure of how much impact it could have.

Ask yourself, are you opting for what we’ve always done? Are you scared that your ideas aren’t big enough? Consider instead, what impacts do these things have? What is the cost of the way we’ve always done things and what do you see when you step beyond that normal, no matter how small it seems? 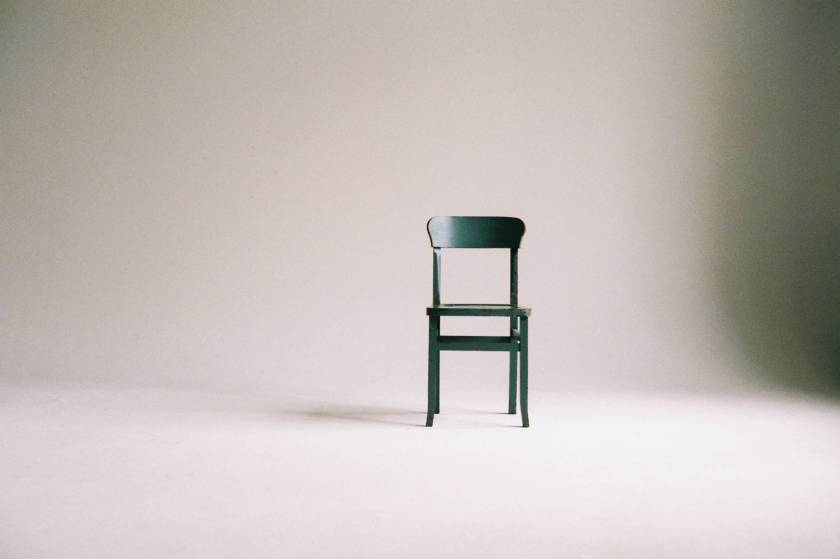 Your “Hi” is imperceptibly soft

A memory leaking from your innermost corners

As if you know what’s coming

As if you truly believe

I won’t forever wander blindly into your arms

Guided only by the string that pulls me

A tightrope for my heart to run away on

Photo from the Pexels free library – for the visually impaired, the photo shows an empty chair in the middle of a white room. 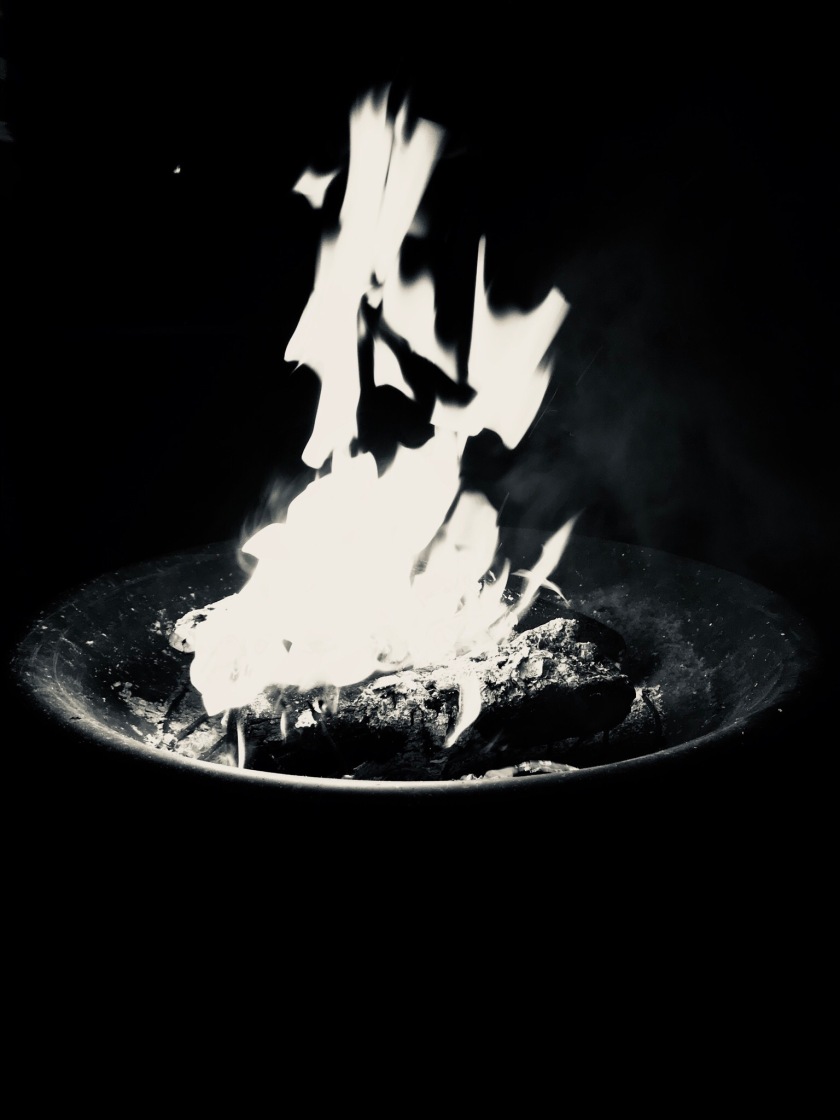 Mia had a blanket made of the articles written about her. Articles questioning her wardrobe, her hair, her parenting and on and on. Some were reviews of her stage performances, both good and bad but many were her villainization.

“Nightmare to work with” said one.

“Son will never speak to her again.” Blared the biggest headline.

Mia hauled the blanket to the back garden, draping it over the fire pit she created. In a rush of orange flame and sudden warmth, she lit one corner and watched it spread.

Have you guys ever literally burned something from the past? This is a ritual I like for the new year. You write down something you wish to release and burn it.

I’ve traveled the world, hiding in every corner. I’m an observer by nature, leaning into the shadows to learn. The further I traveled the more invisible I became. Patterns in existence seemed to close for me.

Just a very short, possibly a beginning, for the word prompts today, 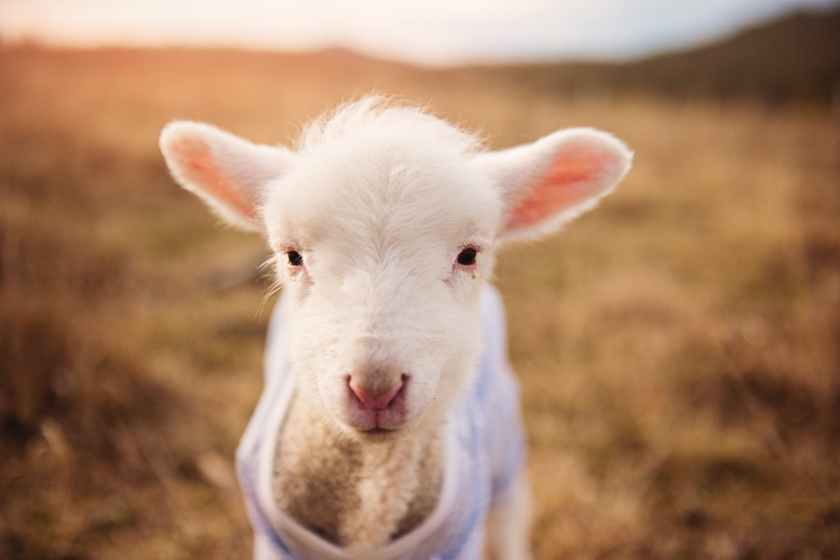 A lone lamb grazed in the middle of a field just outside our walls. We watched her every now and then, stopping our mindless buzzing about our small town. She wandered through the grasses, eventually making her way towards our bubble. She pressed her nose against the shield designed to protect us from the outside world. Her pink flesh caused rainbow waves of light to roll along the translucent surface. She seemed to delight in this, hopping away before venturing back.

Some despaired. “Nothing can live out there.”

One group petitioned the village leaders to take on the responsibility of saving the lamb’s life. They refused, as our leaders are apt to do.

We gathered along the wall, watching the lamb come and go, expecting she would cease to appear at any moment.

The lamb persisted, staunchly ignoring the limits of our expectations. 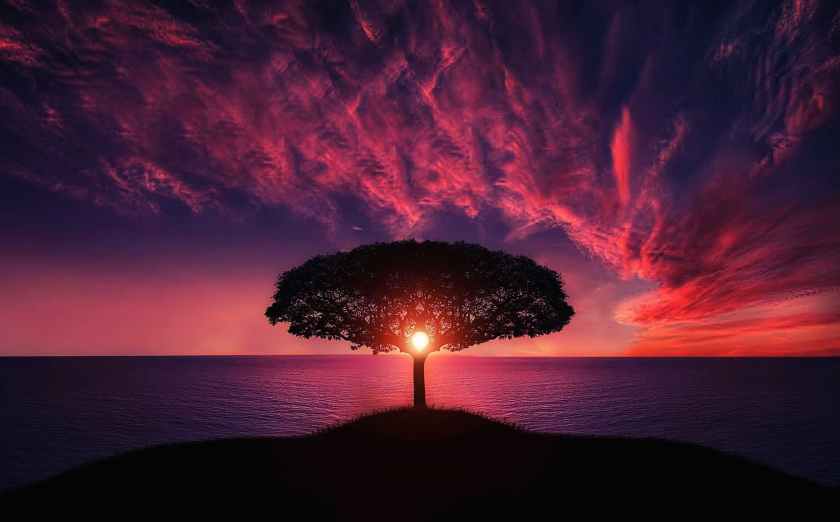 I’m wandering in circles, like I have somewhere to be, but no one is waiting for me.

I’m just lost in this room, bouncing from window to window.

Photo from the Pexels photo library

RDP: Chilly
As in, it’s a little chilly here …
I took this with my iPhone as opposed to my real camera. I think I would’ve gotten better background separation with my real camera.

For the vision impaired, the image shows a close up of a rose bush and it’s leaves with ice weighing them down.

Mildred was the premier treasure hunter in this realm. She commanded respect and awe. Her presence was a gift.

After all, a well placed treasure could make her rich. Of course, she would bestow a bit of that blessing onto anyone who helped her locate it.

But this … this was abysmal.

Mildred knew what the perfect specimen was and this was not it.

“I thought we were clear that you had a paper of the highest quality!” Mildred held the rolls high. “Look at this! This is not treasure! This is trash!”